The idea is simple. Teams of 6 to 8 runners will start in one European city and have to race to another European city, with several mandatory checkpoints on the way!

The race connects runners, cities and Europe as a whole. EuroTrip shows that running is bigger than borders and that team work makes the dream work.

Each team consists of 6 to 8 runners. Teams are free to switch as much as they want between runners, but with one rule: there is always at least one runner running.

Last year the first edition was a huge success. 8 Team made their way from Bruges to Cologne. This year we start where we finished last year: COLOGNE, Germany. From here we will race all the way through 3 countries to STRASBOURG, France.

New this year is that we will have a suggested route which you are not obliged to take. The only mandatory things are the several checkpoints which will be revealed 2 weeks prior to the race. Total distance will be approximate 420km. 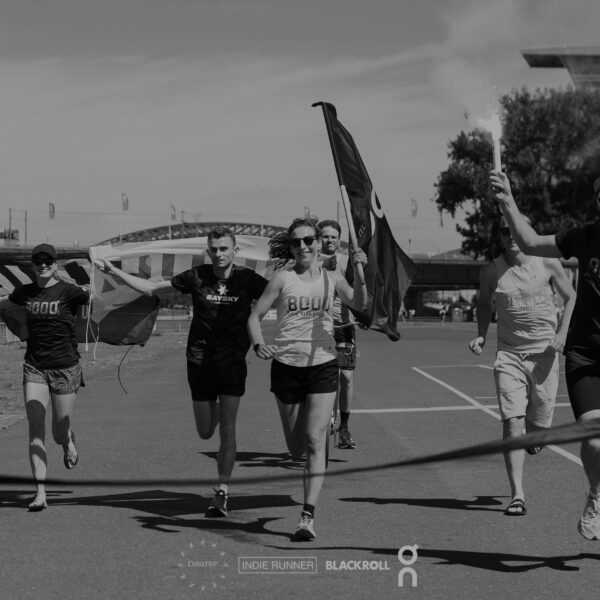 The start and the route 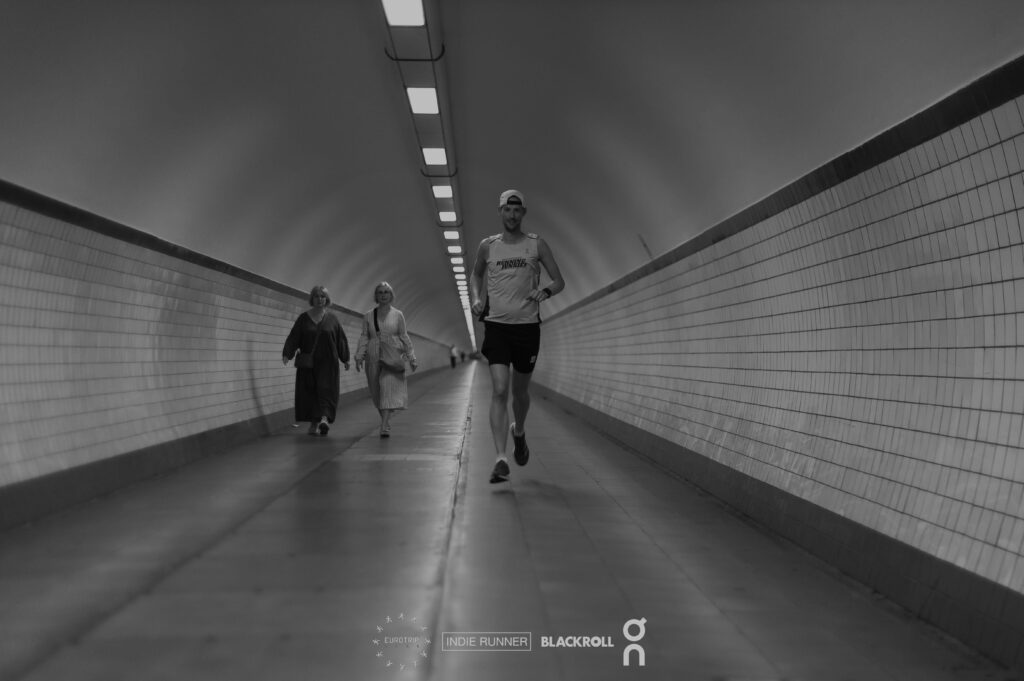 The race will start in Cologne on Friday June 2nd. We will have 2 starting times. One for the recreational team and one for the racing teams. Exact location and exact time will be announced later..

Before the start there will be welcome drinks in a bar where teams can meet each other and do the final race-prep with snacks, food and music. Hanging out with the competition has never been better.

Easy does it, EuroTrip has only one rule: every team has to make their way from Cologne to Strasbourg by foot and pass all the mandatory checkpoints along the way.

To register we have a few requirements:

Regarding safety we have a few guidelines:

To keep EuroTrip unique and special we have limited the amount of teams to 20. Every team needs to have 6 to 8 runners with a minimum of 2 women per team. No all-male teams allowed.

The registration process is easy.
Press the button below answer all questions all pay the first part for the race (€400,-). Only after we have received the payment, the registration is final!

So be quick, because in the case the race is full and you have not yet paid the fee for you team, we cannot allow you into EuroTrip.

It is possible to change some names after registering. Just send us an email.

If you want to register but don’t have a full team you can also register as solo runner and we will match you with other solo runners (if we have enough) or teams. Just email us: info@indierunner.nl.

The race costs EUR 155 per runner. The following is included in the price:

For your own costs:
– Team car/van
– Gas
– Travel to start in Cologne and from finish in Strasbourg
– Drinks and food during race

The finish is in the second Europe capital: Strasbourg, France. A beautiful city in the middle of a lot of forest. The exact finish location will be announced 2 weeks prior to the race. We would love to see teams finish as a team, so with all 8 runners. To make that happen there will be a parking spot next to the finish so everyone can join the last running teammate for the final meters of the race.

We expect all teams to finish on Sunday between 09.00 and 13:00. After finishing you can walk with your team to the hotel and shower (and nap) before the final party.

The final party is on Sunday evening and is for all runners and drivers. The location is in the city centre of Strasbourg. Save the last bit of energy you have left to show some moves on the dancefloor and enjoy some well deserved drinks.

We will post the results on this website. The prize ceremony will be held during the afterparty on Sunday evening.

The first 2 teams will win a prize.

The prizes are sponsored by our partners.

Included in the price is a hotel night from Sunday until Monday in Strasbourg.

We are really happy with this hotel and think we will all have an amazing time. The hotel will be located in the centre of Strasbourg and close to the finish line. After the race you don’t have to wait until check-in time but can directly go to you hotel room for a well deserved shower.

On Monday we will have a goodbye brunch in or near the hotel.

If you want to stay longer send us an email so we can easily arrange it for you.

For cheering people or people who just come for the final party we can also arrange rooms. Just send us an email

Details of the hotel will be shared later. 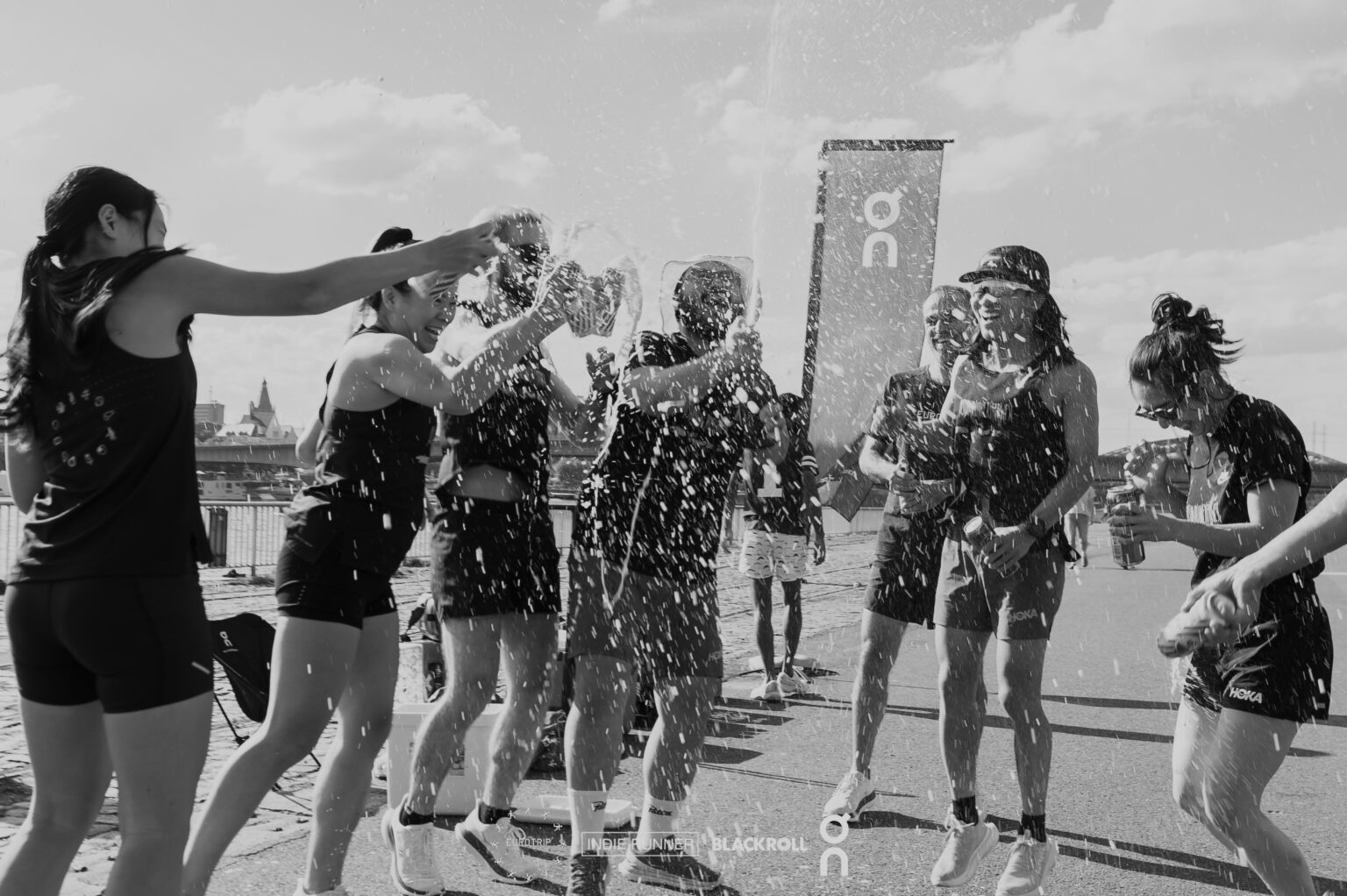 What are the registration criteria?

Race team's should have a minimum average HM pace of 1:35. Recreational teams of 1:45

And the team should have a minimum of 2 female runners!

When does the registration close?

The registration will close when the race is full (20 teams) or 2 weeks prior to the race.

Can I chance runners within my team?

Yes you can. Just email us

One of runners of my team is injured, can our team cancel?

The registration of a team is final and it is not possible to refund this. You still can send us an email and we will try to have a different team take your spot!

The race is full, can we still join?

When the race is full you can still sign up for the waiting list. Please send us an email.

How does the checkpoints work?

2 Weeks prior to the race we will tell you the exact location of the checkpoints. Each team will need to cross these check[point .

Is there transportation for bags from the start to the finish?

No there isn't. all bags should be taken with you in the car.

Are there water stations on the course?

No there are no water stations on the course. Each runners will get a runners kit before the race with some beverages for during the race but we strongly advise each team to buy extra drinks and snacks for the rqce.

Can we bring a cheering squad with us?

Cheering squad are allowed to cheer on the course but no to run ;). If the cheering team wants to join the final party and stay in the event hotel please send us an email.

Do you need volunteers/ Can I help?

Where can we find the results and pictures?

After the race all results and pictures will be on this page.

If you want to document this race or support in this race in a different way by sponsoring you are more then welcome. Just send us an email

If you have any other questions just send us an email on info@indierunner.nl