is the ultimate virtual running battle.

After a sucesfull first version of LRS in the Netherlands last december we are now bringing LRS to Belgium! Get ready for the best virtual running battle ever!

The race will take place in whole march and will be split up in 2 phases. The first phase is the group fase where a draw will put runners in groups of 6. They will have a week to run their fastest 5k (1/3-7/3). The fastest 2 runners in the poule will go to the elite knock-out round. The number 3 and 4 will go to the amateur knock out round and the number 5 and 6 will go home.

In the knock out round runners will race a (virtual) head-to-head race. One week to submit your fastest time. Fastest runner goes to the next round. Slowest goes home. There will be 4 knock out stages with different distances and each last a week.

During the week runners are free to attempt the distance as many times as they want, on any course of their choosing.

Registration costs €15.
This is including a ON running tee (worth €60) and (hopefully) a few weeks of running fun, weekly extra challenges and bonus prices.
Sooo stop waiting and subscribe now by pressing the link below. 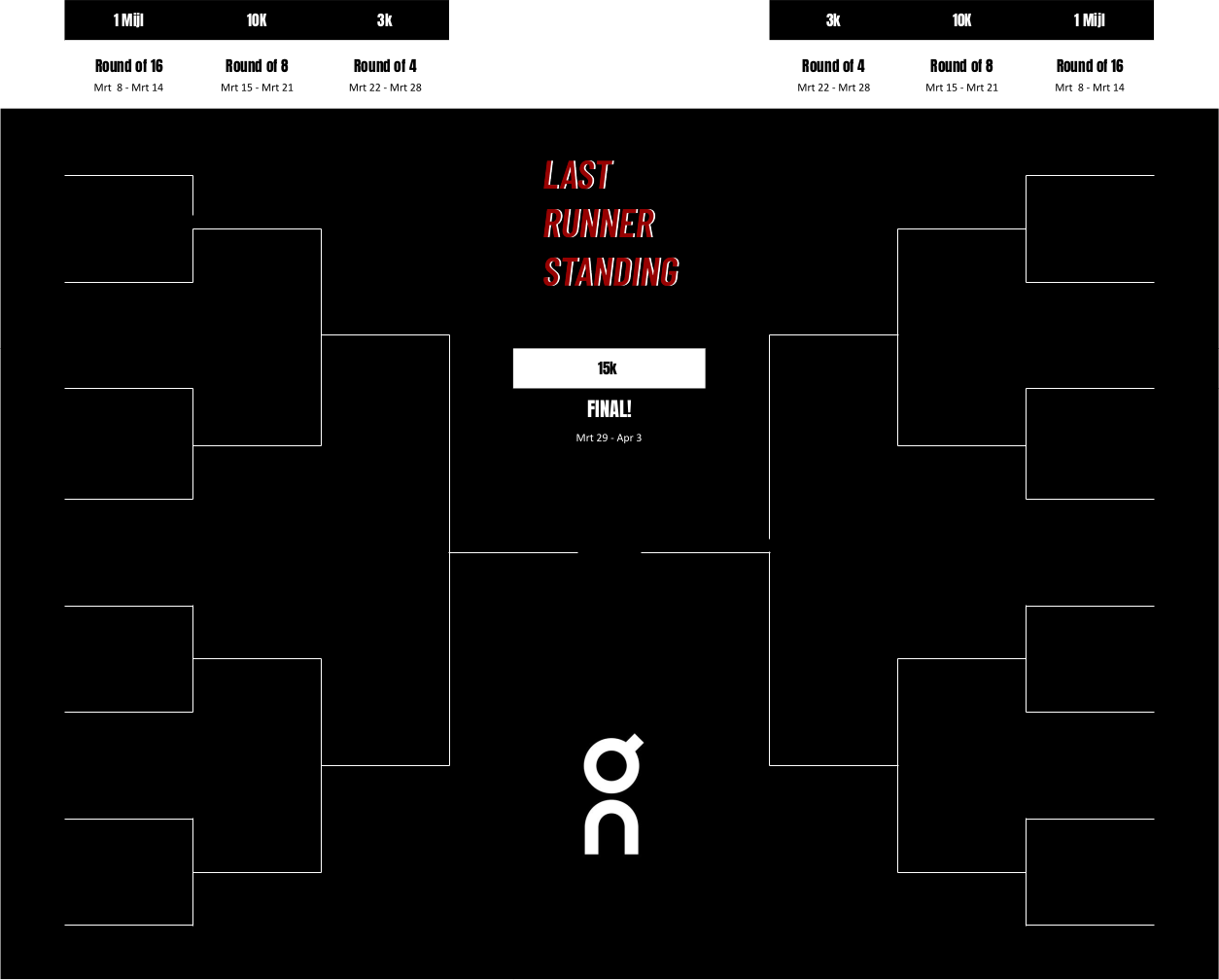 Route
All routes are allowed. You don’t have to start and finish on the same spot or close to each other. So be creative!

Distance
Please make sure that your run is the exact distance of the round. So don’t include your warming-up and cooling-down. If your run is 10 meters short because of a difference between watch and Strava include a picture of your watch. If the difference is more then that we don’t count the run.

Title
Please make sure your run has the hashtag #lastrunnerstanding in the title. With this hashtag we can add your race to the scoresheet. It only works with the title of your run and not with the description.

Scoresheet
On this page you can find the scores of each runner. We will update it multiple times a day so don’t worry if your run is not on it yet.

Fair Play
We are checking each uploaded run but still we ask you guys to play it fair. So don’t do Strava activities by car, horse, bike, lawn mower or whatever just running!!

Pictures of the Dutch event last December by Seth Profet