Last Runner Standing was the ultimate virtual running battle and was held in december 2020.

40 men and 40 women competed in a set-up just like the World Championship football for the title of Last Runner Standing.

The first part of the race was a group stage where runners were placed in groups of 5. They had a week to run their fastest 5k. The fastest 2 runners went to the PRO knock out round, number 3 and 4 to the AMATEUR knock out and number 5 went home.
After the group stage the runners had a weekly head-to-head race with every week different distances and different competitors. They had a full week to set their best time and could try as many times as possible.
Fastest went to the next stage. Slowest was out. 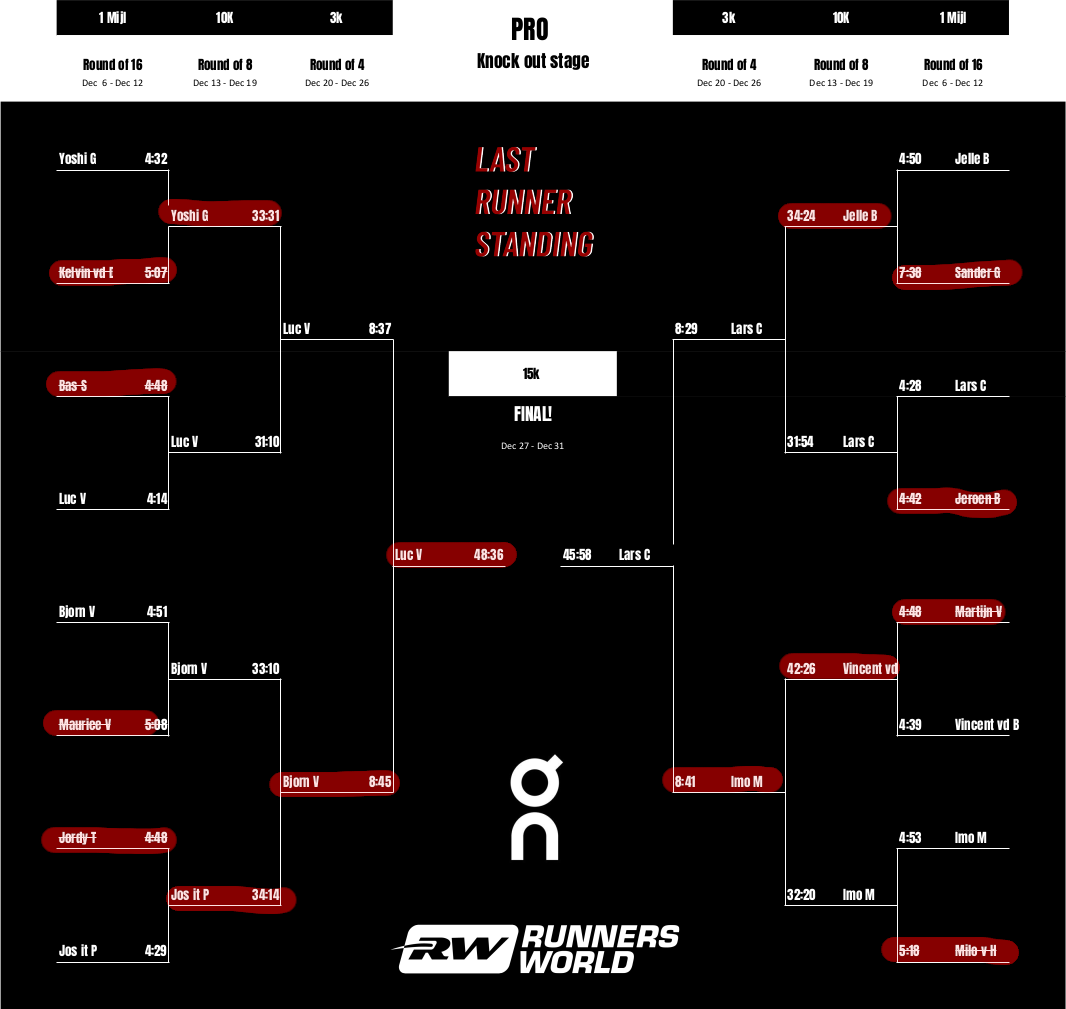